Christmas is the season for giving thanks and sharing the love, and who better to thank than your hardworking, bleary-eyed, faithful editor. The one who has cut you out of some tight corners, stayed up late and arrived early, just to satisfy the whims of your most difficult clients. A little gift can go along way.

I’ve previously put together two Christmas gift lists, which would still be a good source of inspiration and you can check them out here, although I’ve compiled some of their most enduring gifts into this post too.

Useful Gifts For a Film Editors

Much to my wife’s general dismay, I often find it hard to understand that the best gifts are not things you need, just stuff you want. I’m too practically minded for triviality, and so I’m kicking off this list with some of the things I’ve enjoyed using, often on a daily basis, which would make for a fantastic Christmas gift for any film editor.

Firmly fixed at the top of my gift list is the Intuos Small Pen Tablet, which has been recently updated as the Intuos Draw tablet.

I’m a big fan of Wacom’s tablets in all shapes and sizes as it’s the best way to stave away RSI, speed up your workflow and make every day more fun.For more info check out this post Why I Love To Edit With A Wacom Tablet. If you get a medium tablet I prefer the older Intuos Pro 4, over the fifth generation model, because of the LED descriptors for your custom keys.

But, whilst having a medium size tablet may be great for my home edit suite, when I’m out and about in client’s edit suites, on-set or some other random location, something a little more portable and compact enough to tuck into my bag, is a far better option.

It’s small, light and nimble and for an extra few bucks you can get the version with Touch capabilities if you like. You can also pick up a nifty little carry case (UK/US) for it too. Plenty to keep your favourite geek happy.

Another gift that is both practical and generous would be a set of new headphones for the film editor in your life. If they work in close proximity to you, this will also have the added benefit of not having to listen to them edit one or two lines of dialogue over and over and over.

One of the all-time most popular posts on the blog is on The Best Headphones For Film Editing, and these Sennheiser HD 390 Pro’s are an excellent choice because of their ability to fold flat into the travel case that they ship with. Aside from protecting them from the other gubbins rolling around in your edit bag, it also makes it easier to transport them, as almost all your other editing gear is also a rectangle shape!

My personal favourites, although less portable, are the Beyerdynamic DT 770 Pro headphones, which, after several years of regular all-day use, I have found to be the most comfortable for long sessions. If you’re frequently travelling then the downside is they do take up a bit more room in your bag, but I think the sound quality and comfort are worth it.

If you want to make the editor in your life smarter, faster and more creative then a bit of training wouldn’t go amiss. Although potentally a more expensive gift, it will last them all year. My top three choices for super insightful training that is also interesting to engage with would be Mixing Light, Inside The Edit and Film Editing Pro.

Mixing Light is a colorist subscription training site run by three professional colorists and features weekly insights on how to improve your colour grading from a technical and creative perspective. Whilst many editor’s won’t want to be full-time colorists, as an editor, being able to give your work a better looking grade is always a plus. An annual subscription will set you back $249 but you can pay by the month for only $24 and take a free 24 hour test drive.

Inside the Edit, created by British TV editor Paddy Bird, is a solid education in how to become a documentary editor. Personally I think documentary editing skills can be invaluable whatever else you end up cutting because you have to often create a story from the ground up without a pre-existing template of a script or storyboard. The course provides you with 35 hours of professional shot footage, and access to a huge library of tutorials that take you through the editing process step-by-step.

During the month of December Inside the Edit is on sale with 25% off all subscriptions, which brings it down to £300/$450 for a year’s subscription. If you pay monthly, the discount only applies to the first month.

Lastly, and for something a bit more ‘fun’, Film Editing Pro’s The Art of Action Editing, is a similar course to Inside The Edit, but focused on the process of editing a professionally shot fight scene, which is supported by numerous hours of step by step tutorials, cheat sheets and breakdowns. Along with the footage you also get a collection of handy sound effects to really pimp out your project.

The course only opens registration at specific times so it’s worth signing up to the mailing list to be notified of the next opportunity. 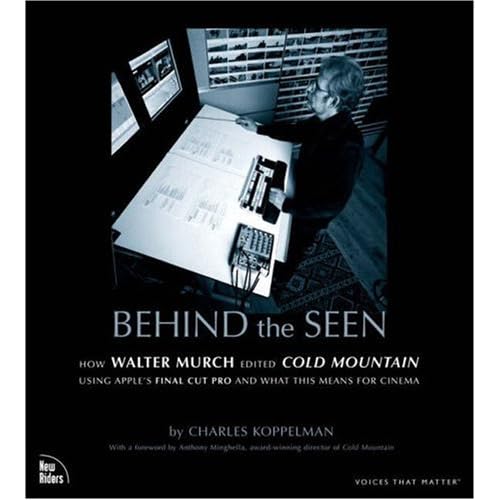 More traditionally there are also plenty of excellent books to give to the editor you love most, and you’ll find fresh reviews of them in the following posts…

Gifts that Keep on Giving

There’s possibly no better gift than one that keeps on giving, and this is possibly the most used gift I’ve ever received. The Italian made Bialetti Stove Top Mocha Express comes in various cup sizes, and will provide you with an exquisitely made expresso shot in just a few minutes. Sure, it’s not as fancy as an automated machine, but it does mean you can actually take a break while you got to get a few brew.

An Amazon Prime Membership is also a great gift that will provide your loved one with fresh cinematic inspiration, soundtracks to work to, and next day-delivery all for a few quid a month. Plus you get to watch the fairly phenomenal Mr Robot.

A gift I spotted on PremiumBeat’s post on Audio Editing Products for Under $50, is the Griffin Powermate USB Multimedia controller. This little doodah will allow you to jog shuttle through your work or control things like your audio volume.

If you could link it to things like audio key-frames that would be extra handy, which according to the manufacturers website, it should be able to do, as you can map it to any key command. Although the user reviews posted on the official site seem to complain mightily about lacklustre software updates.

The wireless bluetooth version seems a bit pricey at double the money. The UK price of £50 also seems on the very high side! Still it looks nice and could prove to be useful…

The Lavish Christmas Gift for a Video Editor

This year’s must have most lavish Christmas gift?

Do I really think you should get an iPad Pro? No, not really. Not unless you’ve truly found superb ways of integrating it into your daily workflow.

Would I mind if someone bought me one? No, not really!